Pronounced “keen-whah,” quinoa is a grain that comes in many different colors and sizes, most closely resembling red rice, white rice, or whole grain brown rice. In fact, there are an estimated 120 known varieties of quinoa that exist today. But is quinoa keto?

Quinoa has been acknowledged for its nutritional value, some even calling it a superfood or “healthy carb.” However, if you’re following a high-fat, low-carb diet like the ketogenic diet, you should probably avoid it to keep your carbs in check.

Unfortunately, the answer is no. With such a high carb count, the carbs in quinoa could kick you out of ketosis.

When it comes to macronutrients, one cup of quinoa contains a total of 222 calories, 39 grams of total carbohydrates, 34 grams of net carbs, 5 grams of dietary fiber, 4 grams of fat, and 8 grams of protein[*].

Even if you were to only have a half cup serving size with your meal, that leaves with you 17 grams of net carbs in one dish. When following a low-carb or ketogenic diet, this amount of carbs in one sitting may push you over the edge depending on how high your carb intake is for the day.

What Is Quinoa, Exactly?

Although it resembles rice and other grains, quinoa is actually a seed, originally found in the Andes Mountains thousands of years ago. It’s considered an excellent protein source, making it the perfect option for vegetarians and vegans needing a little protein boost.

Quinoa is a complete protein, meaning it contains all nine essential amino acids[*]. These amino acids, which include phenylalanine, valine, threonine, tryptophan, methionine, leucine, isoleucine, leucine, and histidine, cannot be produced by the body.

But that’s not where the health benefits of quinoa stop. Quinoa is also high in iron, lysine, and B vitamins, all while being easily digested and gluten-free[*].

Quinoa is similar to rice in that there are over a hundred different kinds available, each with distinct qualities. If you’ve ever walked down the salad bar and seen red quinoa, it’s for good reason. Red quinoa is used more often than other quinoa because it holds its shape better after cooking. White quinoa and black quinoa are other common types you’re more likely to see at your local grocery store.

Quinoa can be found in thousands of different dishes around the world, which might make it seem nearly impossible to avoid such a popular food. But no need to worry. One of the easiest ways to transition to a low-carb or keto diet is to simply replace your favorite high-carb foods with easy, low-carb alternatives. 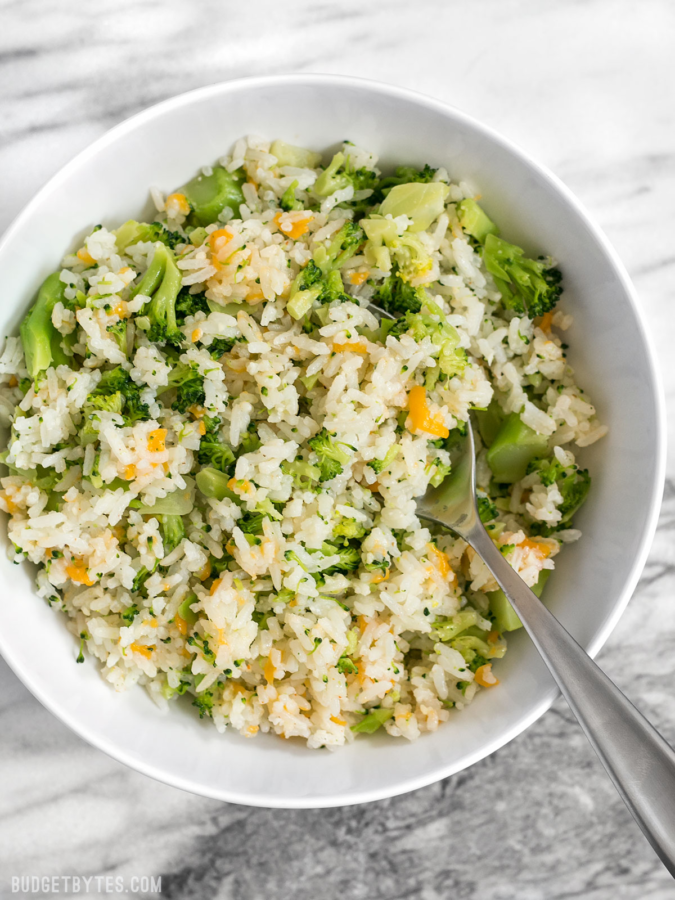 Shredded broccoli rice is a great low-carb quinoa alternative that has a similar, earthy taste and consistency. And because it’s a member of the cruciferous veggie family — along with kale, Brussels sprouts, and cauliflower — broccoli provides many benefits that are key for optimal health.

One cup of cooked broccoli has a total of only 55 calories, including 5 grams of fiber, around 1 gram of net carbs, 4 grams of protein, and zero fats.

The macronutrients aren’t the only upside to this green superfood — it has some killer micronutrients as well. Broccoli contains calcium, magnesium, phosphorus, potassium, manganese and folate, as well as vitamins A, C, B6, and K[*].

Want to make your own shredded broccoli rice? Getting it to the same consistency as quinoa is no problem. Simply shred it or grate it to the texture of your preference and you’re ready to go.

Daikon is referred to by multiple names, including mooli, satsumi radish, or Japanese radish. Unlike other vegetables, radish is highly valued for its root. This root absorbs moisture, which in turn prevents soil compaction from large amounts of rainfall.

These absorbing capabilities make it great for cooking with other ingredients, taking on the flavor of whatever you pair it with. It most resembles the taste and texture of turnips.

Along with its versatile taste, daikon radish contains some amazing health benefits. It’s packed with vitamin A and vitamin C, as well as being abundant in beta-carotene, sodium, iron, phosphorus and calcium[*].

While there are several ways you can prepare daikon radish, shredding or grating it is a great way to create more flavor and volume for your meal.

A 100-gram serving of this versatile root vegetable includes a total of 10 calories, zero grams of fat, and 2 grams of net carbs, but only 1 gram of protein. 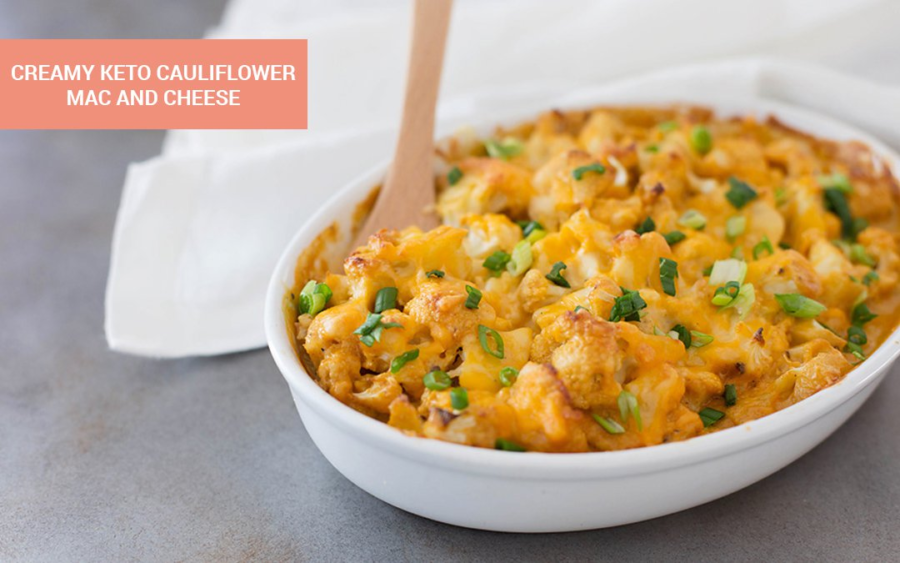 Cauliflower rice has become widely popular as a healthy alternative to grains. With its volume and fibrous content, it’s no secret that this cruciferous vegetable is good for more than just steaming and blanching. Riced cauliflower is the perfect low-carb substitute for quinoa with its excellent nutritional value.

Consuming cauliflower has been shown to help fight off inflammation, decrease the risk of heart disease, help balance hormones, improve weight loss, improve skin and eye health, and perhaps the most significant benefit of all — help in the prevention of cancer formation[*][*].

Along with all of these amazing health benefits, cauliflower rice is low in calories. A one-cup serving (about 100 grams) of this low-carb rice contains 25 calories, 2 grams of net carbs, 2 grams of protein, and zero grams of total fat[*]. 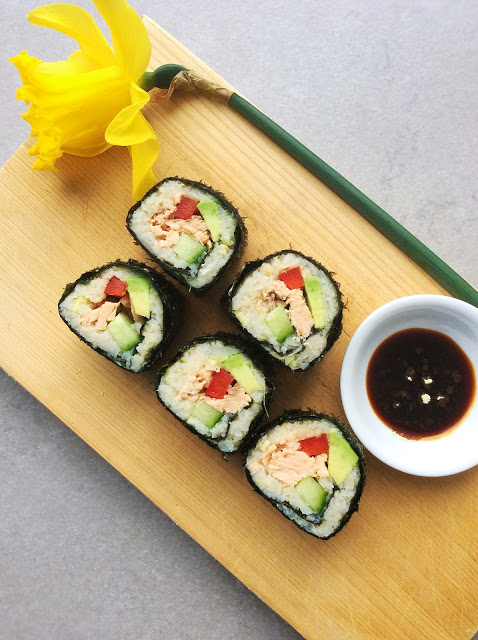 You might only know water chestnuts as those white, fresh, crunchy veggies in your Chinese food, but this low-carb veggie makes for a great alternative to a classic starch or grain — or in the case of quinoa, a seed.

Water chestnuts are considered an aquatic vegetable belonging to the cyperaceae family. Cooking with water chestnuts is easy and convenient. No matter how you cook them, they remain crispy and crunchy.

Water chestnuts provide up to 10% of the daily recommended value of vitamin B6, as well as potassium, manganese, riboflavin and copper[*]. It also has an abundant amount of antioxidants including catechins and epicatechins[*].

A three-ounce serving of water chestnuts is about 36 total calories, with its main macronutrient being 9 grams of net carbs.

Quinoa Substitutes That Are Not Keto-Friendly

Some keto substitutes, like chickpeas, starchy vegetables, lentils, and other legumes, are not considered keto-friendly. While they are grain-free and gluten-free, they rank too high on the glycemic index to have a part in a low-carb meal plan.

For example, sweet potatoes rank at 63 on the glycemic index, raising your blood sugar almost as much as some cereal grains. Chickpeas, while high in protein, have 45 total carbs per cup[*].

Because of the high carb content, try to avoid starch and legumes at all costs, selecting low-carb vegetables instead. Nearly any veggie, including zucchini, yellow squash, and other vegetables can be riced using a food processor or cheese grater. You can then lightly saute them in coconut oil or olive oil.

Is Quinoa Keto? No, But You Can Use These Options in Your Next Dish

Is quinoa keto? You know the answer is no, so it’s time to map out your meal plan and give these alternatives a try.

Substitute riced cauliflower, water chestnuts, broccoli, or daikon in any of your favorite quinoa dishes. You also want to avoid gluten-free options that can still be high in carbs, such as legumes and starchy vegetables.

Before you cross out all of your favorite quinoa dishes, give one of these low-carb alternatives a chance. With their taste, texture, low carb count, and high nutritional value, you’ll find it is possible to replace quinoa and still have a delicious meal. For a variety of easy, low-carb recipe ideas, visit the Perfect Keto recipe library.