Your Guide to the Top 4 Keto Sweeteners 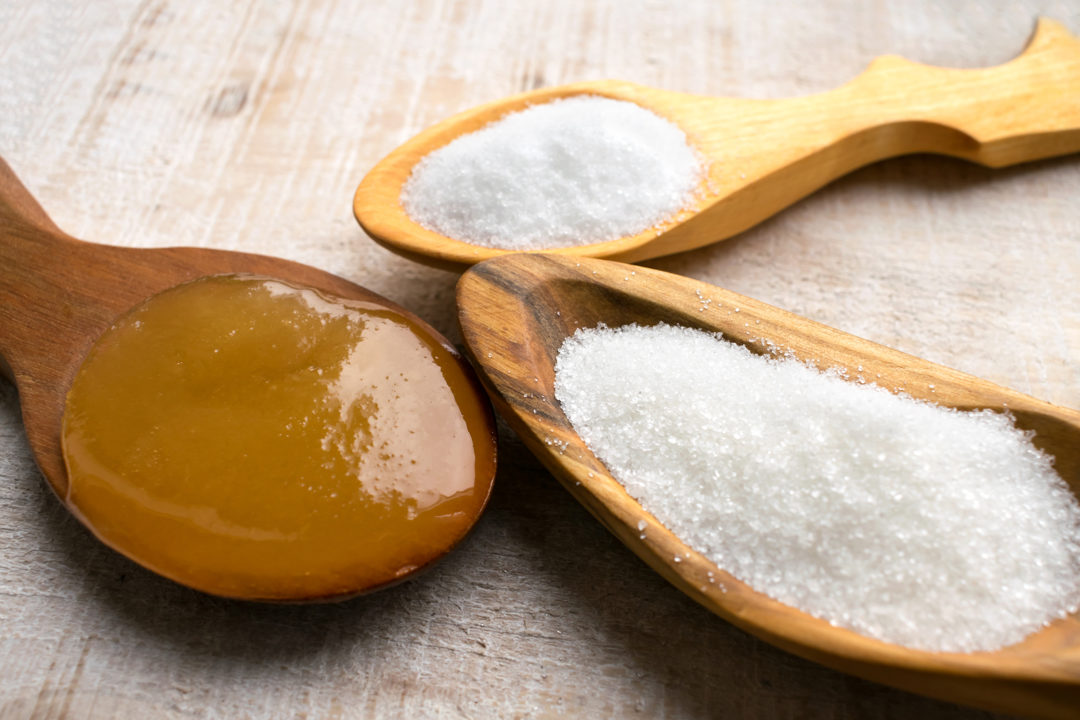 Sugar is basically off-limits on a ketogenic diet, but you can still indulge your sweet tooth while eating keto. All it takes is some education on the right types of natural keto sweeteners to use.

With the right sugar substitute, you can turn a high-glycemic-index dessert into something that’s keto-friendly. Read on to find the top four keto sweeteners for a low-carb lifestyle and why they’re recommended.

What Are Keto Sweeteners?

Let’s start with what each of these top keto sweeteners have in common and how they follow low-carb guidelines.

The glycemic index (GI) refers to how much a food raises blood glucose levels. It runs from zero to 100, with zero representing no increase in blood sugar and insulin levels and 100 raising your levels to the same degree as table sugar[*].

Sweet. Salty. Decadent. Finally, you can indulge in healthy chocolate snacks with no artificial sugars.

The goal with the keto diet is to remain in ketosis, so staying as close as possible to zero GI for sweeteners is the best choice.

Obviously, avoiding added sugars is a necessity for keto. You’re training your body to burn fat for fuel instead of carbohydrates. As such, your carb intake should be kept to a minimum. Even fruit should be severely limited, preferably eliminated, so it makes sense that anything with added sugars is a no-go. Read this guide to keto-friendly fruits if you can’t bear the thought of giving up nature’s candy.

Another obvious guideline when you’re keto: zero-carb or low-carb sweeteners are a must if you want to stay in ketosis.

With those guidelines in mind, here are four of the best keto sweeteners to aid you on your low-carb diet.

Stevia is an extract of the stevia plant. In its pure form, stevia extract contains no calories or carbs and is a zero on the glycemic index. Additionally, It’s typically 200-300 times sweeter than table sugar. That means you only need to use a little to get a sweet taste in foods.

Besides not affecting blood sugar and being carb and calorie-free, recent studies have shown stevia to have a positive impact on blood sugar and insulin levels after a meal[*].

It also contains the compounds apigenin and quercetin, which have been shown to reduce oxidative stress[*].

Liquid stevia, and the powdered form (such as Stevia in the Raw), are the most commonly used forms for sweetening beverages, salad dressings, and desserts. The earlier incarnations of stevia tended to have a bitter aftertaste, but that has been improved in most popular brands today.

When buying stevia, especially the powdered versions, it’s important to avoid any filler ingredients. Many commercial stevia products add fillers like maltodextrin, dextrose, cane sugar, or even artificial sweeteners. Aside from decreasing the nutritional value, these can all raise blood sugar levels, contain hidden carbs, and have other unwanted side effects.

Pure stevia is the sweetener used in Perfect Keto Base Exogenous Ketones and Keto Collagen. Perfect Keto doesn’t use fillers in any of its products, so you know you’re getting high-quality ingredients.

Try these keto recipes using stevia as a sweetener:

Erythritol is a white, granulated sugar replacement. It’s categorized as a sugar alcohol, which can sound scary, but it’s found naturally in many foods — mostly fruits and vegetables — and doesn’t appear to have negative side effects when used in moderation. The structure of its molecules gives erythritol a sweet taste without the side effects of sugar[*].

You’ll see carbs listed on the food label, which may make you feel misled, but they’re no reason for concern. Here’s why: Since your body can’t digest the sugar alcohol in erythritol, 100% of the carbs from erythritol is subtracted from the total carb count (like fiber) to get your net carbs.

Like stevia, erythritol has a glycemic index of zero. It’s also very low in calories (about 0.24 calories per gram, which is only 6% of the calories in sugar). Erythritol is only 70% as sweet as sugar, so it isn’t 1:1 with sugar. You’ll need to use a little more of it to get the same sweetness.

One caveat of sugar alcohols is that they can sometimes cause digestive issues, such as mild cramping or bloating.

However, erythritol is different from other sugar alcohols like sorbitol, maltitol, or xylitol. That’s because almost all of it gets absorbed from the small intestine into the bloodstream before being excreted in the urine, without affecting the colon like the others[*].

You can find 100% pure erythritol at the store, as well as certain brands that combine erythritol with other ingredients, such as monk fruit. Just make sure the erythritol doesn’t contain additives that spike your carb count and affect blood sugar.

Monk fruit sweetener is made by crushing the fruit to get the juice. Unique antioxidants called mogrosides are separated from the fructose and glucose in the fresh juice and then dried.

The resulting concentrated powder has no fructose or glucose and provides a low-calorie sweetness without the insulin spikes of sugar[*].

Monk fruit was originally grown and harvested in small amounts from family orchards in forested mountains. With its popularity increasing, it’s now being grown and distributed all over the world.

Like stevia and erythritol, monk fruit extract scores a zero on the glycemic index and may even have a stabilizing effect on blood sugar[*]. Unlike stevia, monk fruit never has a bitter aftertaste. It’s also about 300 times sweeter than sugar, so a little goes a long way.

The sweetness of monk fruit doesn’t come from the fruit, but from the antioxidant mogrosides, which research has shown may inhibit tumor growth in pancreatic cancer[*].

There are no known health concerns from using monk fruit, as long as you avoid any monk fruit-based products with added carbs or fillers. The only real downside of monk fruit is that it’s more costly than stevia or erythritol and is not as widely available.

Swerve is a combination of erythritol, natural citrus flavor, and oligosaccharides, which are carbohydrates created by adding enzymes to starchy root vegetables.

Swerve is found at most natural health food stores and is becoming more popular in mainstream grocery stores.

Swerve is all-natural sweetener and has zero calories. Resting at zero on the glycemic index, it’s great for baking because it can be browned and caramelized just like normal cane sugar.

Swerve has become quite useful for keto recipes, especially for baked desserts. Plus, prebiotics in the oligosaccharides of Swerve might even help stimulate beneficial gut bacteria.

The advantage of Swerve over pure erythritol is that it can be easier for using cup-for-cup when replacing sugar in a recipe. Although it contains a small number of carbs, they’re non-impact carbs.

A Note on Artificial Sweeteners

Many of the most common sugar alternatives out there, such as saccharin (Sweet’n Low), aspartame, sucralose (Splenda), and Truvia are technically low-glycemic and low in calories. Still, you should approach these low-carb sweeteners with caution.

In some people, they can affect blood sugar, lead to sugar cravings, and even disrupt hormones and ketosis. Eating too much can have a laxative effect as well. Some, like Truvia, have natural flavors but don’t say what they are.

It’s best to avoid these low-calorie sweeteners on a ketogenic diet. The FDA may designate something as GRAS (generally regarded as safe), but that doesn’t always mean you should eat it.

When it comes to sugar substitutes on a keto diet, stick with natural sweeteners that allow you to enjoy treats here and there without worrying about the impact of sugar-filled cheats. Thankfully, the top four keto sweeteners for a low-carb keto diet listed above are great options for doing just that.